The (known and unknown) Dangers of The Velominati

In this case, the danger was actually in the rules wall. There are a few reasons that I willingly subjected myself to this particularly painful project. This installation was for a very good friend of mine. I’ve done large scale vinyl on more than a few occasions and I also knew that when this project was complete, it would look spectacular. So I present – “The Rules Wall”.

My buddy Brian moved into a new house shortly after he was married. He and his wife are avid cyclists, to say the least. They have enough bikes to start a modest bike shop and their new house afforded them a dedicated space to display and work on their bikes. They really wanted something special for their bike room and Brian knows my abilities when it comes to vinyl (other “Brian” stories will follow) so he sent me a message with a blurry jpeg attached and said “Hey, can you do this? On a wall? 10′ x 8′?”. “Sure”, I say. 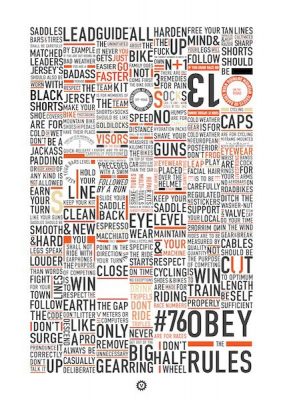 The image is a visual representation of the Velominati rules. If you aren’t familiar, it is a list of cycling rules, some funny, some serious, and some good truths. The list is under continual modification through the community at Velominati, but stands currently at 95 rules. This original artwork based on the rules was designed by an art student as an assignment, and the typographic interpretation is fantastic, but it has since been taken down (though a quick search of relevant terms will reveal further information). What this meant for me is that I had no design files and had to design my own from scratch (can I get a sarcastic “Yay!”).

There is no easy way to start designing something like this other than simply starting. There are also no real shortcuts for designing typographic projects like this in illustrator. So with that, I started typing out words in layers of rules and sizing out individual words or groups of words so that I could fit them in nice orderly columns that stretch to match specific widths and heights of their respective rules. In addition, I had constraints to how many columns I could produce while keeping the pieces of vinyl to install to manageable sizes. It took approximately 10 to 15 minutes per rule just to get the typography lined up and looking good. All I had was the poster as a guide and inspiration. Some of the rules we used were not on the poster and some of the rules on the poster were redesigned to be more original (though massive credit to original designer, as the finished product is obviously heavily based on that original design). We ended up including a total of 56 rules on the wall. A a minimum of 15 minutes per rule, it works out to be 14 hours of design. Add a few hours on top for plenty of adjusting for the space available, and tweaking here and there to get the perfect look. After everything was looking nice and clean, the actual cut files still needed to be put together and separated for the base and accent colors.

I was so happy on the day that I sent Brian the final sample jpeg for approval. It meant a lot of work was finally going to come to realization. It also meant that I still had another few days of work in front of me. The next day started with producing the vinyl. It took a solid day of work to cut, weed and mask just the black colored portions of the wall (those who know what goes into weeding text know why this is so tedious). It then took another half day to cut and weed the orange accent pieces. We still haven’t even made it to installation.

Installation honestly wasn’t that bad. I’m all about precision, so I measured, and measured, and got out my level, (finding out that my laser level had bit the dust) and measured, and measured some more. But it paid off, as everything ended up nice and straight, evenly spaced, and pretty much exactly where I wanted it. It took a little over 6 hours over the course two days to install the vinyl. Brian and Amy are pretty thrilled with the finished product, as am I. When all was said and done, I had more hours into the project than I could count, but it is a one-of-a-kind wall that I’m glad I got to work on. 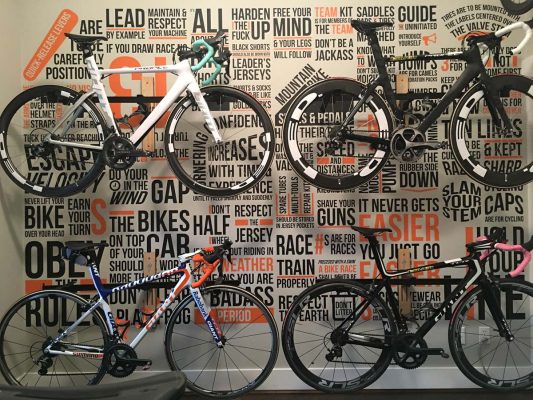 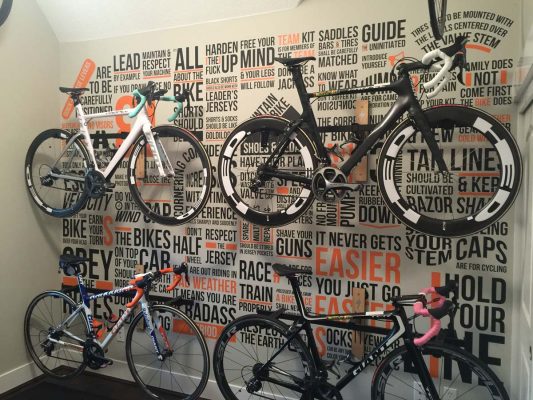 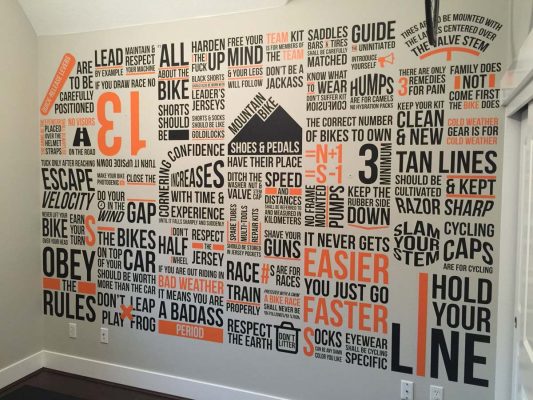 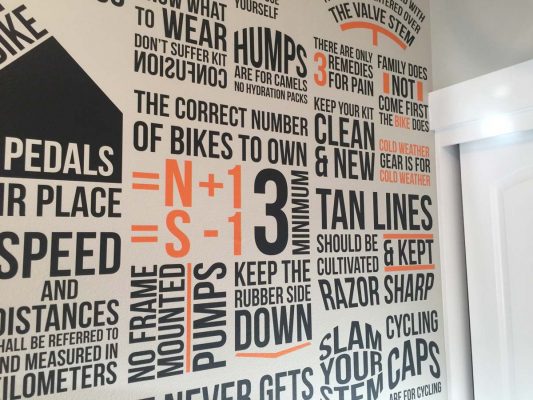 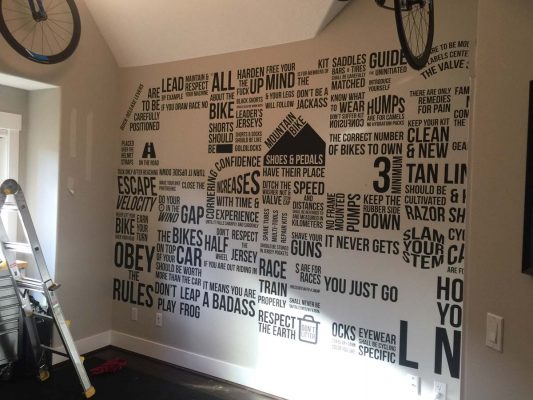 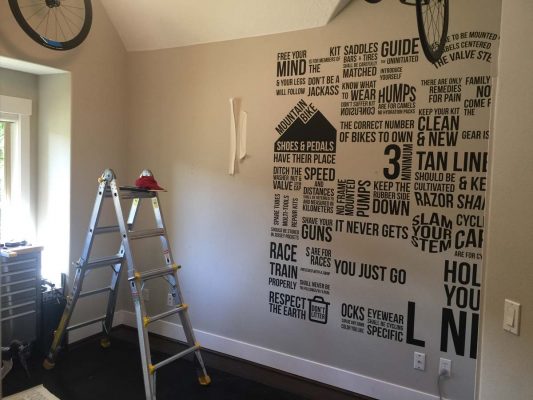 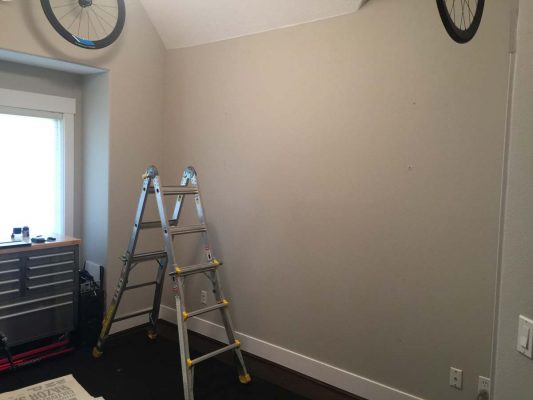 If you have a custom project that you would like quoted, please feel free to contact us with the scope of your project and we will get back to you as soon as humanly possible!

Based out of Portland Oregon, Vinyl Motion creates decals for people in motion. It doesn't matter if it is your car, your coffee cup or your computer, you can express yourself anywhere and a simple vinyl decal is an easy way to do just that.